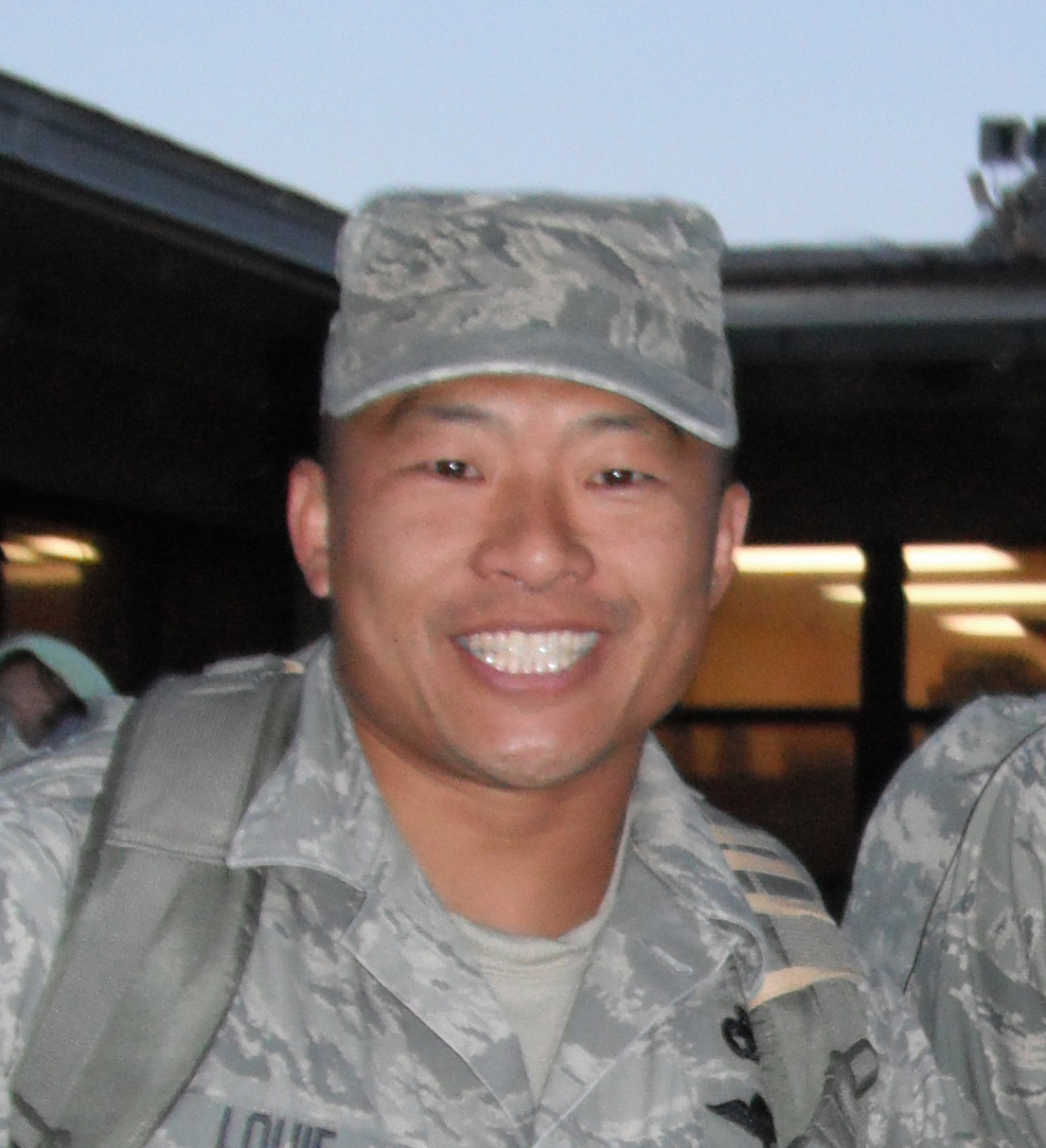 The youngest of six children, Sam joined the Air Force when he was 18 years old. He enlisted for two reasons: to fund his college education, and to see the world. What he got was a lot more. Sam worked on several continents, starting in Germany as an air cargo specialist. In Japan, he prepared parachutes, which need to be folded in a highly specific way in order for them to safely land cargo.

On September 11, 2001, after 13 years in the service, Sam was stationed at Dover Air Force Base in Delaware—a mere 30-minute flight from the World Trade Center when it fell. When the planes hit, Sam recalls coming off the tarmac and seeing the news in the break room—the whole base was under threat. Sam states, “I was in shock that we were being attacked on our own soil.” Sam helped prepare C-5 Galaxies and C-17 Globemasters to get off the ground to prevent a potential attack on military aircraft. He remembers the chaos like it was yesterday.

In March of 2002, Sam was deployed to a base in the middle of the desert in Pakistan, an hour flight away from the war. The following year, he served at a base in Iraq that was regularly bombed by mortars. Sam began combat training in which he jumped out of planes 18 times, over half of which were for night operations.

Sam reflects on his experience in the Air Force: “Serving in the armed forces is one of the best decisions I’ve made in my life.” He beams when he tells of all the places he’s traveled to: “I saw places I never would have visited: Iceland, Greece, and Micronesia, just to name a few.”

Sam says despite the challenges of returning to school after so many years, it’s fun to be a 48-year-old student. At the NDNU Student Success Center, a young student approached Sam and asked if he could sign her form, assuming he was a professor. Sam laughs as he tells this story.

A transfer from a local community college, Sam is currently in his second year at NDNU and plans to graduate in spring 2020: “I’m glad I picked NDNU because it’s a small, private college. The teachers are always there for me when I email them or I have questions.”

Despite enjoying his return to higher education later in life, going back to college also has its challenges. Over the course of 24 years in the armed forces, Sam became an expert in his position. “In college, though, I’m reading about authors and thinkers such as Plato and John Locke I know nothing about,” Sam says. “It’s challenging to read, retain, and understand. But it’s still fun, because it’s new.” Sam’s favorite class at NDNU is History of Political and Social Thought. Political science has always peaked Sam’s interest: “It’s a subject I would have never studied on my own.”\

Sam receives GI Bill education benefits to attend NDNU. “I’m thankful that I finally have an opportunity to finish my BA,” he reflects. After he graduates from NDNU, Sam plans a career as a police officer or firefighter: “My first passion is to go into public safety. That’s the kind of job where I would work for free. But I didn’t just go back to college simply to get a degree or for a career. I’m also going to school for personal growth.”

← Discovering My Calling as a Psychotherapist
Thursdays with Jackie: A Profile of NDNU Professor Jacqueline Berger →