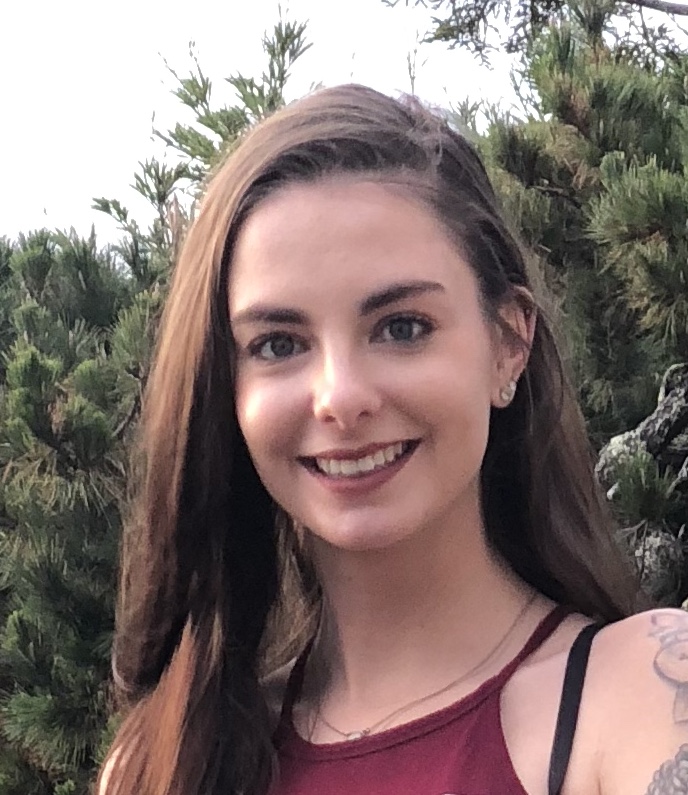 When I started working on Notre Dame de Namur University’s art and literary magazine, The Bohemian, I had no idea what I was getting myself into. My advisor, Professor Vince Fitzgerald, recommended that I give it a shot, and the idea appealed to me immediately. Why? I’m an English major and I naturally love literature, from The Girl with the Dragon Tattoo to Edgar Allan Poe short stories. I also like art museums, especially the Metropolitan Museum of Art in New York. The Bohemian wound up being one of my favorite things I’ve participated in at college thus far.

The group of student editors was very small that first semester. It was just me, two other students, and our faculty advisor. Our first undertaking was to set up the cover art contest and think up ways to get people to submit. It sounded easy enough, but this actually wound up being one of the most difficult tasks. We had to table, make flyers, advertise in the student weekly email, and make announcements in our classes. At first, submissions were coming in as slow as a turtle after a nap. I understood the trepidation. Sharing a creation, whether art or writing, is a daunting decision. Creating can be a deeply personal process, and it takes serious courage to share that in a magazine that might be read by the guy who sits next to you in World History.

Luckily, by the time the spring semester rolled around, our staff had expanded and we had many brave souls willing to submit and trust us with their art and writing. This, however, came along with an intense feeling of responsibility. By this time, our faculty advisor had appointed me editor-in-chief of the 2017–2018 issue of The Bohemian.

I took this role very seriously. The way I saw it, people had trusted me and the other editors with their creations, and oftentimes with their deeply personal stories. We had people write about death, suicide, and rape; as well as school, friendship, and love. So much of the work we received that year was incredibly touching and very heartfelt. Our contributors really put their all into their work, and it showed:

“She’s going to drop into your world out of nowhere and a small spark, like a firefly, is going to buzz around your rib cage.”
This is a line from one of my personal favorite pieces we included, “The Five Steps to Falling in Love with Kaitlyn,” by Rowan Jack.

The staff of The Bohemian was now tasked with choosing which pieces would be included, and how they would be edited and placed. We didn’t make any major editorial changes, but we did have to comb carefully through each piece for spelling and grammar mistakes. Far more difficult was making the choices of whose work would be included, and for people who submitted multiple pieces, which ones to choose. The submitters had clearly put so much soul into their artwork and writing, and we didn’t want anyone to feel left out. Everyone on The Bohemian team had a vote on which pieces should be chosen. Remarkably, for the most part, we were in agreement, but there were definitely some pieces that I would have liked to see included that didn’t end up in the journal and vice versa. In the end, we wound up with a publication we all could be very proud of, but the work didn’t stop there.

The Release Party was the most daunting task for my secretly very introverted self. My outer confidence in social situations is entirely on a “fake it till you make it” basis, and this was going to require a great deal of social interaction. I was nervous, but I knew how important this party was for the success and sales of the journal. The first portion of the release party was readings from our contributors, but we still had to get up in front of everyone and introduce each reader. Next was the open mic, which can be very awkward if no one is willing to get up and read. Luckily, after some persuading, a few courageous souls volunteered and got everyone into the swing of things. We had some readers who made everyone laugh, and some who made everyone cry (okay, not everyone cried, but no one was left unmoved!).

Again, there was a sense of responsibility to provide an event and a space that made people comfortable enough to share their work in front of an audience. Maybe it’s the overall kindness of the Notre Dame de Namur community that made that possible, maybe it was the affirmation of their being published. We ended up with a successful release party and a finished journal that I, for one, am so incredibly proud of. I am so glad we were able to convince the community that The Bohemian was (and still is!) a powerful and moving project, just like any work of art or collection of writing.

Olivia E. Smith is a senior at Notre Dame de Namur University majoring in English. She edited the university’s literary/arts magazine The Bohemian. Her blog Roses and Rambles deals with culture and women’s issues.