The Charism of the Sisters of Notre Dame de Namur 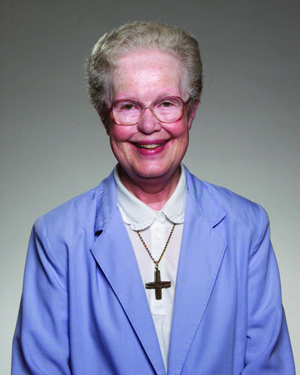 Whenever someone speaks about the “charism” of a religious community, it refers to the original intention of the congregation and the spirit behind its foundation. In the case of the Sisters of Notre Dame de Namur, that original intention dates back to the stormy days of the early 19th century.

St. Julie Billiart began the Congregation of the Sisters of Notre Dame in 1804 in Amiens, France, at a tumultuous time. It was the period at the end of the French Revolution. Thousands of men had been killed during the many attempts of other governments to rescue the French monarchy. Once Napoleon took over the government in 1799, the Napoleonic Wars were fought at nearly every border of the country. Those conflicts also took an enormous toll.

Thousands of women died of tuberculosis or starvation during the French Revolution, leaving many thousands of their children orphans. For ten years, schools led by religious men or religious women were closed. Those closings resulted in thousands of orphans and other children being deprived of the free schools staffed by members of religious orders.

During the Reign of Terror, the revolutionary government in France targeted clergy and the church and attempted to eliminate all traces of Christianity. St. Julie longed to help bring back the Catholic faith to France after ten years of persecution of its members. She wanted to reach out to poor children, many of whom were homeless, to teach them that God loved them and that they had dignity.

St. Julie’s message is carried on the cross worn by members of her congregation: “How Good is the Good God.” That message is the hallmark of her congregation. That simple phrase identifies her “charism.” It also motivates her members to bring the message of God’s love for His people to all those served by her sisters. She admonished her sisters, saying, “You cannot just talk about the love of God to the children, you much show them if they are to believe you.” It is a noble ideal and an awesome challenge to all the members of the Sisters of Notre Dame de Namur.

← Does a Transfer Student Get the Full College Experience?
Your First College Roommate →