Jon Black is both the associate director of admissions and the head coach of the lacrosse team at Notre Dame de Namur University (NDNU). This year he also finished a master’s in business administration degree at NDNU and was selected as the annual NDNU graduate to receive the City of Belmont Community Service and Leadership Award. Mayor Charles Stone of Belmont presented Jon Black with a plaque at the NDNU Commencement on May 6, 2017, and then issued a proclamation honoring Jon at the City Council meeting on May 9. 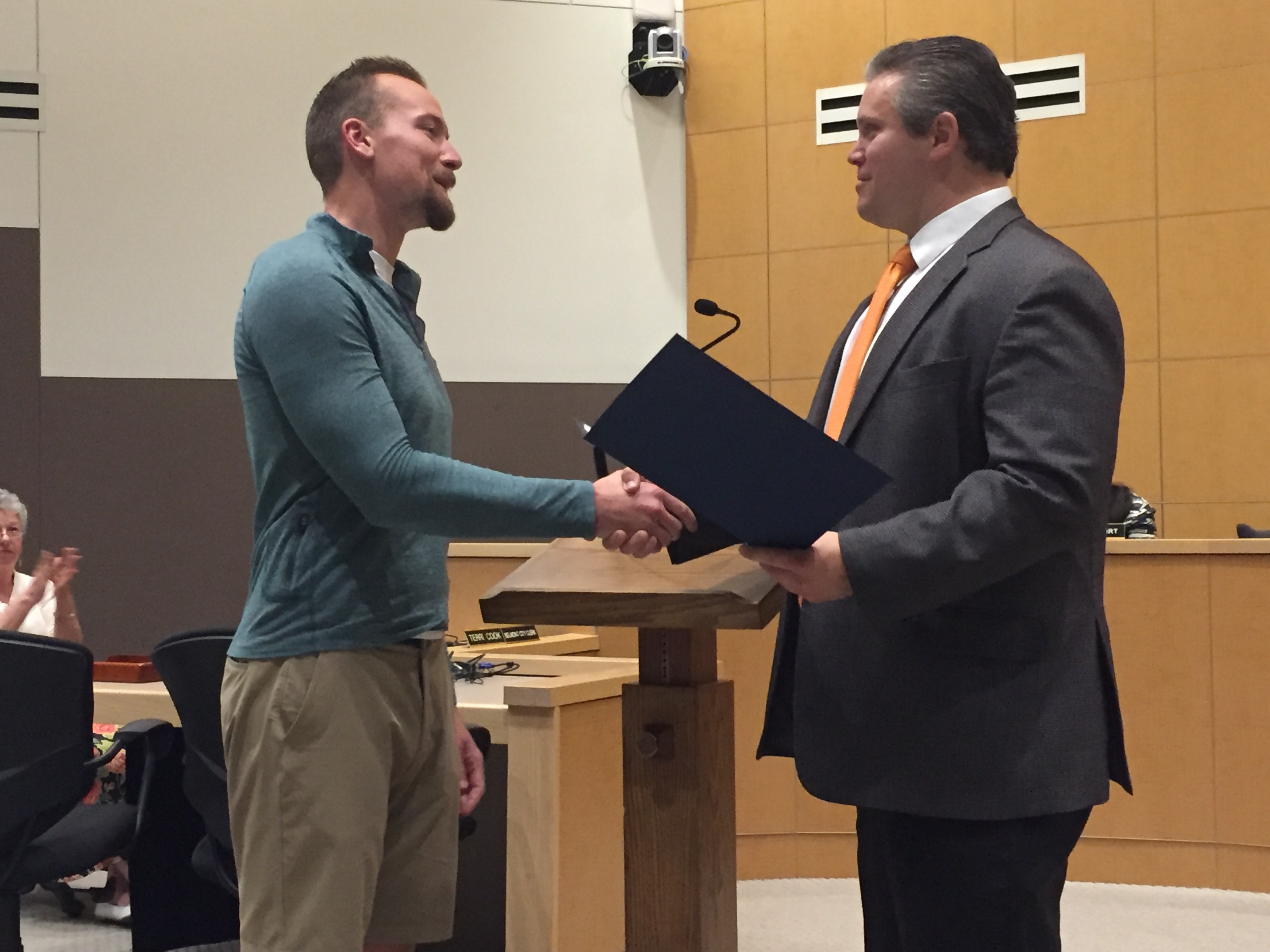 During Jon Black’s four-year tenure as associate coach and then head coach, he has personally volunteered for many causes. He has also inspired the entire lacrosse team to perform many thousands of hours of community service. Under Jon’s leadership, the team has raised close to $20,000 for a variety of charities. Lacrosse athletes have collected funds to fight childhood cancer through the Vs. Cancer Foundation. With the cross-country team and the Office of Spirituality, they have organized a 5K “NicaArgo” race on campus to help fund services to children with special needs and their families in Matagalpa, Nicaragua. The project is directed by Sister Rebecca Trujillo of the Sisters of Notre Dame de Namur.

The lacrosse team’s community engagement work is often done in a playful spirit. They played a game in pink uniforms to promote breast cancer awareness. The team helped stage Halloween in the Tenderloin for kids in one of San Francisco’s most troubled neighborhoods. At one lacrosse game, Jon challenged the team to make shots from half-court at halftime and offered to donate $100 to the American Cancer Society for each goal. “They made a lot of shots!” he remembers.

In addition to completing an MBA at NDNU, Jon Black earned his undergraduate degree at the university. “I didn’t know I was going to NDNU until two weeks before freshman year started, when a coach from the university saw me playing lacrosse in a club game,” he recalls. “As associate director of admissions I have a soft spot for students who end up registering close to the beginning of their first semester.”

Since 2004, Jon has spent much of his time at NDNU, either as a student, a staff member, or coach. “I really love the mission of the university. NDNU emphasizes being a global citizen and helping the local community. That speaks to me.”

Jon also likes the challenge of working in admissions: “I enjoy being able to make an impact in a prospective student’s life. In the Admissions Office, we develop a relationship with prospective students, and we like seeing them around NDNU once they get here. There’s a feeling of community that radiates throughout campus.”

← NDNU Alum Wais Abdiani Manages Finances for the Design and Construction of the New Lucile Packard Children’s Hospital at Stanford
For International Students: Required Tests for Applying to U.S. Universities →