Tom Stang is the brother of Dorothy Stang (1931–2005), Sister of Notre Dame de Namur, alum of Notre Dame de Namur University (NDNU), and activist for social change. She lived and worked for forty years in the Amazon rainforest in Brazil, starting a farmers union in Pará State, helping to set up twenty-three schools, and teaching sustainable farming techniques. Sister Dorothy was assassinated at the age of 73, shot by gunmen hired by local landowners.

Q: Could you tell us a little about your family and the world that Dorothy Stang grew up in? 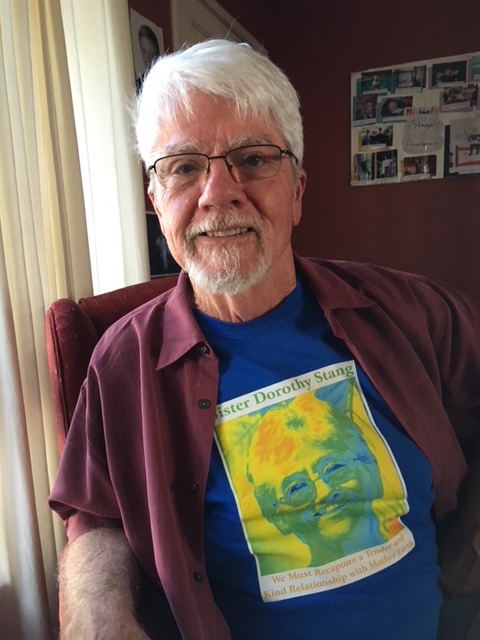 Tom Stang: We were a family of nine brothers and sisters, living in the countryside near Dayton, Ohio. It seemed like every two years our parents would have some more fruit on the vine. There were two sets of twins, girls who were four years older than I was, and me and my brother. Dorothy was one of the oldest children, and she and our sister Mary were the nursemaids, the caregivers for the younger ones.

Q: What kind of school did you attend?

Tom Stang: We went to a nearby Catholic school. The building had very few conveniences. There were outdoor privies, and two grades in each classroom, but lots of love from the Sisters of Notre Dame de Namur.

Q: How did the family react when Dorothy announced that she wanted to enter the convent at age 17?

Tom Stang: We were a religious family. There were aunties who were nuns, and uncles who were priests. Dorothy was nurtured and educated by Sisters of Notre Dame de Namur from an early age. When she decided to join the convent, it was a normal, natural thing.

Q: What were some of the influences that shaped her spiritually and politically? 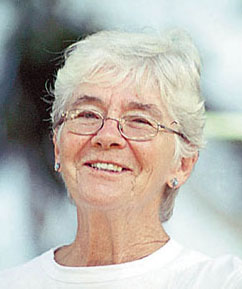 Tom Stang: There were two major influences in Dorothy’s life: the first was the changes in the church that happened as a result of Vatican II [the Second Vatican Council, 1962–65, which called on the faithful to work for justice and bring the values of the Gospel into the world]. The second influence was Dorothy’s sabbatical where she studied creation spirituality with Matthew Fox—her interest in preserving the rainforest was related to that. For Dorothy, creation spirituality worked hand in hand with liberation theology.

Q: What do you think is the legacy of Dorothy’s life?

Tom Stang: I think it’s beautiful that her legacy is being kept alive through the Sister Dorothy Stang Center for Social Justice and Community Engagement at Notre Dame de Namur University. There’s also the Sister Dorothy Stang Scholarship at NDNU. [The scholarship is awarded to formerly incarcerated women living in a residential program and working toward a university degree; or to students who are refugees, undocumented, or former foster and other emancipated youth in financial need.]

Q: How would you describe Dorothy’s approach to life?

Tom Stang: Dorothy’s purpose in life was to serve others. Our whole family was brought up with that value: two of our sisters became nurses, one became a teacher, two entered the convent. My twin and I both became priests, though I eventually left the priesthood. The other two brothers served in the military during World War II.

Q: What were some of the main focuses of Dorothy’s work?

Tom Stang: She worked to preserve the land rights of poor farmers.

She was also very pro-woman. Dorothy had a reputation for serving the needs of women who were harassed or oppressed, which she did in Brazil. She worked for women’s equality. Sadly, prostitution was also common in the part of Brazil where she chose to live, and Dorothy worked with the prostitutes to educate them and to give them hope. She always tried to be of assistance to those who got off the track.

It hurt Dorothy dearly to see what was going on with deforestation in the Amazon rainforest. She also had a total identification with, and love of the people. Dorothy was a creature in love with God’s creation.