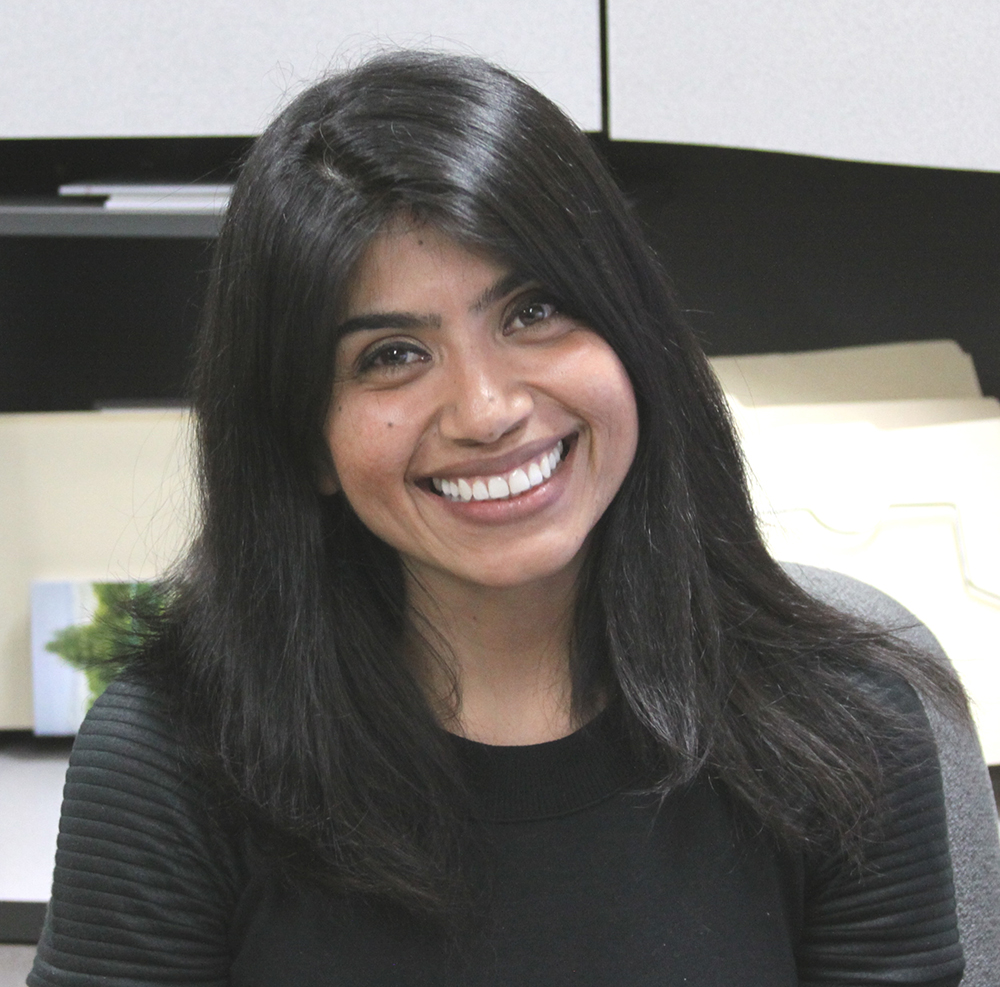 When she was 11, Judith Guerrero emigrated with her mother from Mexico. Judith grew up in the town of Half Moon Bay, on the California Coast.

“When I first got to the United States, not speaking English, and my mother working in agriculture, it seemed that attending college and grad school was a far-off dream,” Judith recalls. She was able to enroll in a state university, thanks to her good grades and a partial scholarship from Coastside Hope, a nonprofit that provides safety net services to the working poor, the homeless, low-income seniors, and those in crisis.

“I had to take public transit each day 40 miles to college, rushing to make the first bus out of Half Moon Bay at 6:10 a.m.,” Judith says. “I got home pretty late at night, because I crammed all my classes into two days in order to have a full-time job the other days of the week.”

Judith excelled in college despite the obstacles, and when she graduated she was admitted to the Master of Public Administration program at Notre Dame de Namur University. (The program is offered both in the classroom and in an online format.). “I loved the MPA program,” she says. “The courses related real-life experience in the workplace to what we were studying.”

She also found her community in the program: “It’s a small campus, so we formed close bonds with other students and with the faculty. I developed a strong support network that I still have today.”=

There was one professor, though, whose reputation intimidated Judith: “Professor Jeff Cox was known as a stickler for enforcing all the style guide rules on students’ papers. I put off taking his class till my last semester.” Not only did Judith do well in the class, she also got to know her instructor, who lives not far from her. “He and his wife have become both friends and mentors to me. The faculty in the MPA program are people I call on if I ever have a problem—they always help,” Judith adds.

After earning her MPA degree at Notre Dame de Namur, Judith became the executive director of the Boys & Girls Club of the Coastside, a nonprofit that engages underserved youth in afterschool activities. Recently she changed jobs and is now the executive director of Coastside Hope, the same nonprofit that funded the scholarship that enabled her first to attend college.

“I guess you could say that things have come full circle,” Judith remarks. “I find my career very rewarding. One of the most worthwhile things is to see your work impact other people’s lives.”

← Speaking Out as a Woman of Color
Working Smart and Working Hard:
The Life of a College Student with a Job →